UrbNetLab over the years has engaged in consultancy and developing agreements for numerous towns, public administrations, and private sector initiators including:

Municipality of Canzo (Como Province) for consulting work on the PGT [Plan for Governance of Territory] and the implementation of operating plans already approved by the planning board of the municipal administration, among which the vast transformation of the area just outside of the municipality’s gates, between the settlement system and the environmental system of Lake Segrino 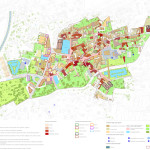 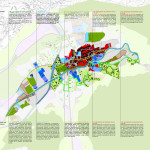 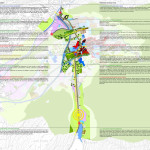 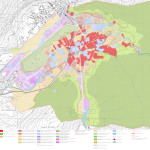 Municipality of Vaprio d’Adda (Milan Province), for consulting on implementation of plan for the western quadrant, involving a ring of residential developments, weighed on by the burden of having to construct a western ring road system, this alternative chosen over crossing through the town’s historic center; and the implementation of a commercial zone

Municipality of Verano Brianza (Monza Brianza Province), collaborated on the environmental evaluation plan for the implementation of a highly visible series of developments, at first managed by the unusual tools such as PII [Integrated Planning Intervention] and afterwards absorbed into the PRG [General Planning Regulations] 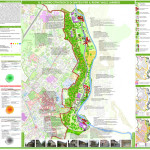 Municipality of Dalmine (Bergamo Province), assisted in the design of an alternative framework plan for transport, in light of the planning of a new ring road in Bergamo’s city limits and by virtue of a traffic easement plan for several streets by the Dalmine industrial zone, brought about by the development processes in some areas (especially the science and technology center) 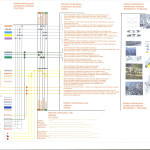 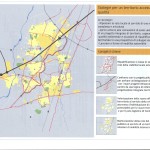 Municipality of Canegrate (Milan Province), collaborated in the design of an alternative plan for transportation in relation not only to the implementation of a plan for the center, north of the territory itself, but also guided by the necessity of coming up with a means for institutional dialogue and for the planning of some adjacent municipalities, and above all, the management of public transportation services 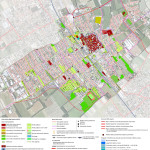 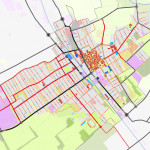 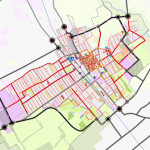 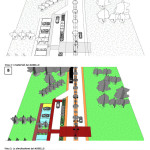 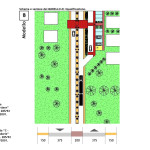 Area Plan Martesana / Adda, Inside the Construction of the Provincial Territorial Coordination Plan of the Province of Milan (2004 / 2009)
The project of the Martesana Area Plan engaged the DIAP, in the persons of Prof. Federico Oliva and Prof. Balducci, for a number of years. I coordinated and personally followed the project, directed by Prof. Federico Oliva, which, specifically, entailed the definition of layout and development scenarios for the 28 communities in the area of Adda Martesana, in the eastern area of the Province of Milan, earlier reunited in a coordination table by PTCP itself, and hired by the same organization to define the plan area for same. In detail, I sought to understand the relationships between the form set by the Province of Milan (which even today is in force, approved October 2003) and the nature of the Area Plan, as voluntary and cooperative instrument of the Municipalities, places that looked forward to what they had chosen to do themselves, and opportunities to experiment in cooperation, even if the plan was encouraged by the Province itself, and which was internally provided for by the PTCP itself.
The experience produced several important outcomes. Without a doubt, for at least 5 years, I represented an institutional location, in which 28 municipalities, some even of great size, which had an open dialogue on the layout of the territory itself, with the constant presence of the Province and all the other territory entities, such as the management of the numerous local and supra-local parks. The most important outcome was, doubtlessly, the Area Plan itself, which highlighted the special nature of the area, one of great environmental merit; with a very forceful motivation for settlement driven by the same environmental merit; with a chronic lack of infrastructure; and with a plan for the building of two highways by the region. The same plan has led, as a response to the usual institutional habit of not coordinating these aspects and not resolving issues that would address the basic needs of the territory, to the signing of the Memorandum of Understanding between the Municipalities of the Milan East, the Province of Milan, and the Lombardy Region on the new layout of the highway plan for Milan East and the funding of the highway system, based on the agreement drafted for the External East Ring Road, to which the Municipalities agreed. It was one of the last opportunities for cooperative planning, which the Metropolitan Milanese Municipalities were called upon, and was a particularly delicate period for them who were invested in one of the largest infrastructure projects proposed to resolve transit issues in Milan, and in some ways for the entire region. Once again, the research was very operational in nature, working in strict rapport with 28 Municipalities, signatories of a co-planning agreement, with the Milan Province.

My contribution was oriented towards constructing the planning framework to submit to the Province, for them to reach an accord and have the consensus of the Municipalities, thanks to which the actual funding was provided within the PTCP. Together with the 28 Municipalities, present at the coordination table, at least three planning scenarios were set forth, relative to the settlement system, the environmental system, and the infrastructure system. With much work they reunited not only the visions themselves, in relation to the overall plan that the Province of Milan had approved in 2003, but also the selection of the areas chosen for building and development and those to preserve, in a voluntary attempt at proactive planning, even if overseen by the Province, and the individual coordination of growth areas and those to preserve, as well as a compensatory plan for the areas that were not earmarked for development.
I’ve worked, with the mayors and the Province, on the introduction of a model of development tightly tied to the growth and strengthening of the infrastructural system – the lack of infrastructures, in fact, had emerged as the main problem of the area – by building an evaluation system on the transformability of an area in relation to the accessibility and potentiality of the infrastructural system. It was on this first experience that I tested what I later developed in full about the necessity to link the forecast to the actual possibilities and capabilities, and the potentiality that a proposed transformation could have to forecast the future of a specific place or area. By working on a particular plan that was being proposed at the time, that is, a voluntary plan resulting from the planning of 28 municipalities requested by the Province as an in-depth analysis on the contents and modalities of the implementation of the “Ptcp” previsions, I contributed to propose a plan that was deeply based on infrastructures, to which a few experimental local plans were added, and that had a stronger favor from the Municipalities and for which the institutions were ready to work and get the funds for the best planning and implementing modalities. That way, the experimental plan for the Naviglio Martesana later merged into the more general Master Plan of Navigli that the Consortium that manages the Navigli has drafted; the experimental plan on the infrastructures led to the signature of the deal with the Province and the Region to finance projects for more eco-friendly mobility; the experimental project on the settling system, aimed at limiting the scattering of the settlements and the consumption of ground due to non-coordinated municipal planning, established the base to strengthen the collaboration among municipalities, merging subsequently into the experimental project for inter-municipal cooperation and into the wider project “Città di Città,” that the Province of Milan had sponsored.

This first research was my first activity with the Department of Architecture and Planning, a very useful test bench to develop the research themes I later worked on, and to understand how important an operative research is – always in close contact with the subjects actually working on the territory. Most of all, it was a co-planning and co-operation of the Province and institutions of the highest significance, also thanks to the testing of innovative planning tools able to take into account more themes, dimensions and subjects.

Research agreement between DIAP and the Province of Bergamo for the “Territorial and Environmental Requalification of areas adjacent to infrastructures in the Province of Bergamo: project indications and definition of the parameters” – Milan Polytechnic, Department of Architecture and Planning, DIAP. Coordination by Anna Moretti, with Paola Pucci

The research agreement for the Province of Bergamo, coordinated by Anna Moretti, involved me with the processing of project parameters for the requalification of the areas adjacent to the infrastructures. It was aimed at a wider research on the modality of treatment for the areas that have infrastructures, in relation to the urban territorial planning, local and non-local, to the need to involve the institutions and companies, and also to the different landscapes through which the infrastructures pass.
The research outcome was very important within the completion of what requested by the agreement, leading to the elaboration of:

Thanks to this experience, Marco Facchinetti, together with Anna Moretti and Paola Pucci, organized the International conference: Handbooks, guides and good practices for infrastructure planning. I was the curator of the section: Handbooks and guides for road planning. Foreign experiences, at the Milan Polytechnic, in the April of 2005. The conference was organized in order to deepen the guidelines and the good practices in infrastructure planning and to affect present planning modalities and production of infrastructures, presenting notable Italian and foreign instances, and calling to the debate representatives of the institutions, on the field of infrastructure planning, and architects. Within the conference, Marco Facchinetti organized the section aimed at the comparison with foreign instances, and in particular suggested the integration between the planning of road infrastructures and the territorial and urban planning, allowing to identify the use and function that revolve around the infrastructures, influencing the degree of success of a project and its own design.