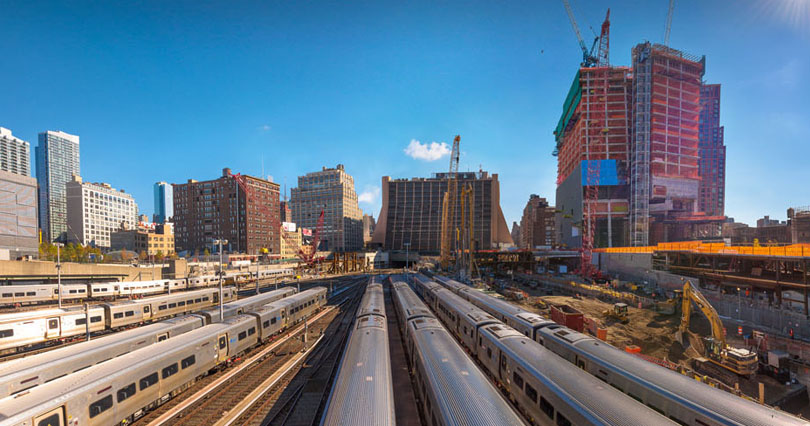 UrbNetLab is monitoring the progresses of the development at Hudson Yards. After studying the project for its connections between the strategic plan of New York and the re development of the midtown east side of the city, Hudson Yards shows how development is following the rules set by the master plan. UrbNetLab considers it as one of the best case study to watch, to understand relations between plans and project and between paper and reality.

“..Hudson Yards is the largest private real estate development in the history of the United States and the largest development in New York City since Rockefeller Center. It is anticipated that more than 24 million people will visit Hudson Yards every year. The site will ultimately include more than 17 million square feet of commercial and residential space, 5 state-of-the-art office towers, more than 100 shops, a collection of restaurants, approximately 5,000 residences, a unique cultural space, 14 acres of public open space, a 750-seat public school and a luxury hotel with approximately, all offering unparalleled amenities and easy access to transportation..”

“..Create a new neighborhood from the ground up in one of the world’s greatest cities. Hudson Yards will set a new standard for the way the people live, work, dream, dine, gather and play..”

Hudson yards is located between 10th and 12th avenues from West 30th to West 34th Street.

Hudson Yards is the center of the metropolitan region with a lot of connections: rail service, the subway system, the West Side Highway, the Lincoln Tunnel and ferries along the Hudson River.

In the 2015 will be open the extension of the No. 7 Subway line and it will arrive in front of Hudson Yards. 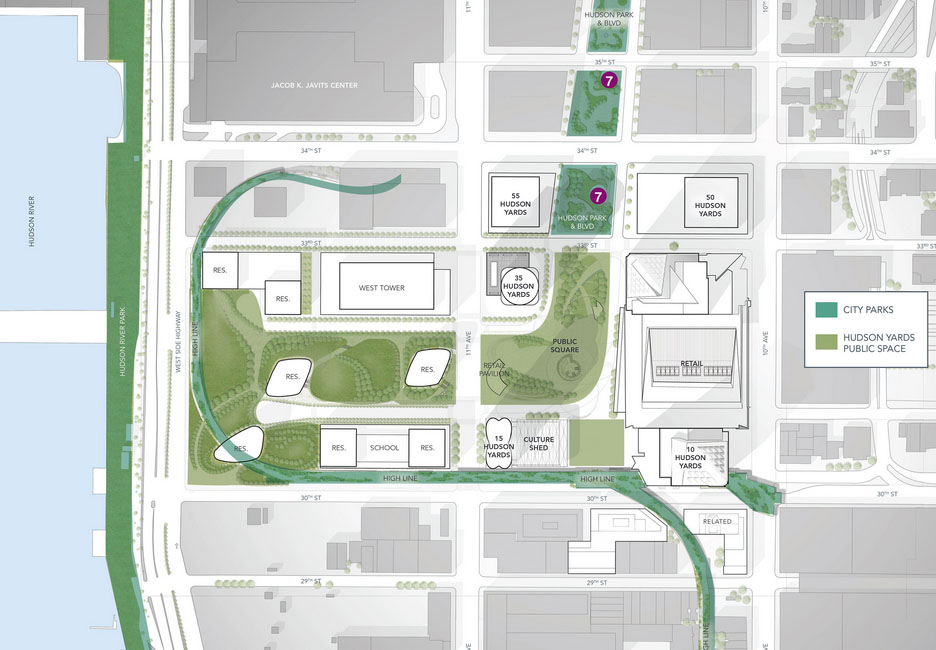 The project area is near the neighborhoods of Chelsea, West Chelsea and Hell’s Kitchen with their chic art galleries, innovative restaurants and bars, and highly respected international fashion and design. Next to the area there are the High line, Hudson River Park, and they will implemented with the new Hudson Park

THE NEW NO. 7 SUBWAY EXTENSION

In the 2015 will be finished the new No 7 Subway extention, that increase the trasportaion system of New York City.

THE NEW WEST SIDE

The adjacent neighborhoods are booming, with their offices and services, like the new home of Google and the other technology and digital media firms.

The growth can be attributed also to transformation of the High Line, that will be shortly complete.

Also public investment in area parks, transportation system and infrastructure are benefits for the west side, with renovations and retrainings, like Moynihan station, javits center and the five miles Hudson river park that change the West side better with more visitors and city users. 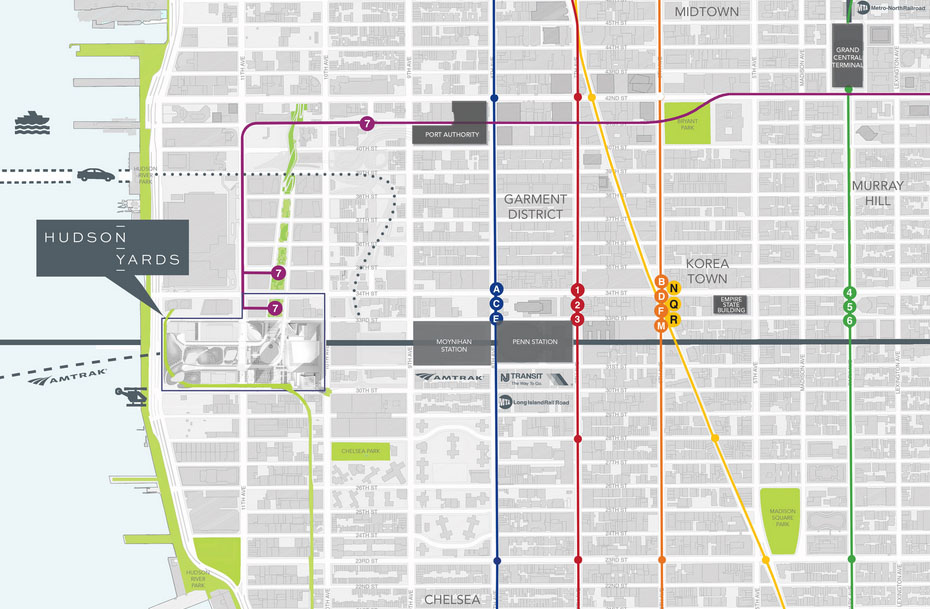